Mochi donuts, one of the hot food trends of 2021, is coming to Annandale. Dragon Mochi Donut will be one of the vendors in the food court inside the new K Market international supermarket set to open soon on John Marr Drive.

Mochi is a kind of sticky, sweet cake made from rice.

Delegates from the Republican Party of Virginia selected Glenn Youngkin as their nominee for the governor of Virginia May 10.

Youngkin, a former co-CEO of the Carlyle Group, a private equity company, will face off in November with whoever wins the Democratic Primary. 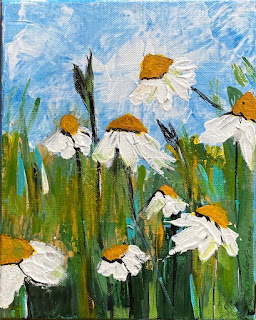 The community is invited to an Open House at Sleepy Hollow Arts Studio Saturday, May 15, 10 a.m.-2 p.m., to learn about art classes and see students’ artworks.

The studio is at 3914 Moss Drive, Annandale. It’s in the Sleepy Hollow Woods neighborhood, which is having a communitywide yard sale the same day, 8 a.m.-2 p.m.

The first cicadas from Brood X are beginning to emerge from the ground where they’ve spent the last 17 years.

If you’re lucky, you might see a cicada or two in your yard now, but in a week or so, a wide swath of the Eastern United States will be inundated with trillions of cicadas.

Read more »
Posted by Annandale Blog at 3:30 PM No comments:

The measure expands workers’ compensation to allow coverage for first responders on the frontline of the COVID-19 pandemic.

Read more »
Posted by Annandale Blog at 1:00 PM No comments:

Open house Friday in Annandale at house built by teens 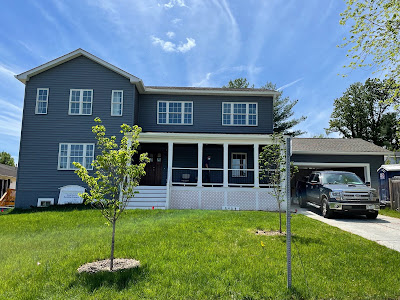 A brand-new house for sale in Annandale is really special – it was built by teens from the Phillips School.

Johnathan Lincoln, 41, of Falls Church, was charged with two counts of assault and disorderly conduct earlier this morning.

Police were called to the mosque, at 3159 Row Street, yesterday just before 3 p.m. for a report of a man with a knife. The man had entered the mosque and tried to stab a security guard. As he was leaving, he pointed a knife at several people. He left before officers arrived. No one was injured.

Posted by Annandale Blog at 10:00 AM No comments: