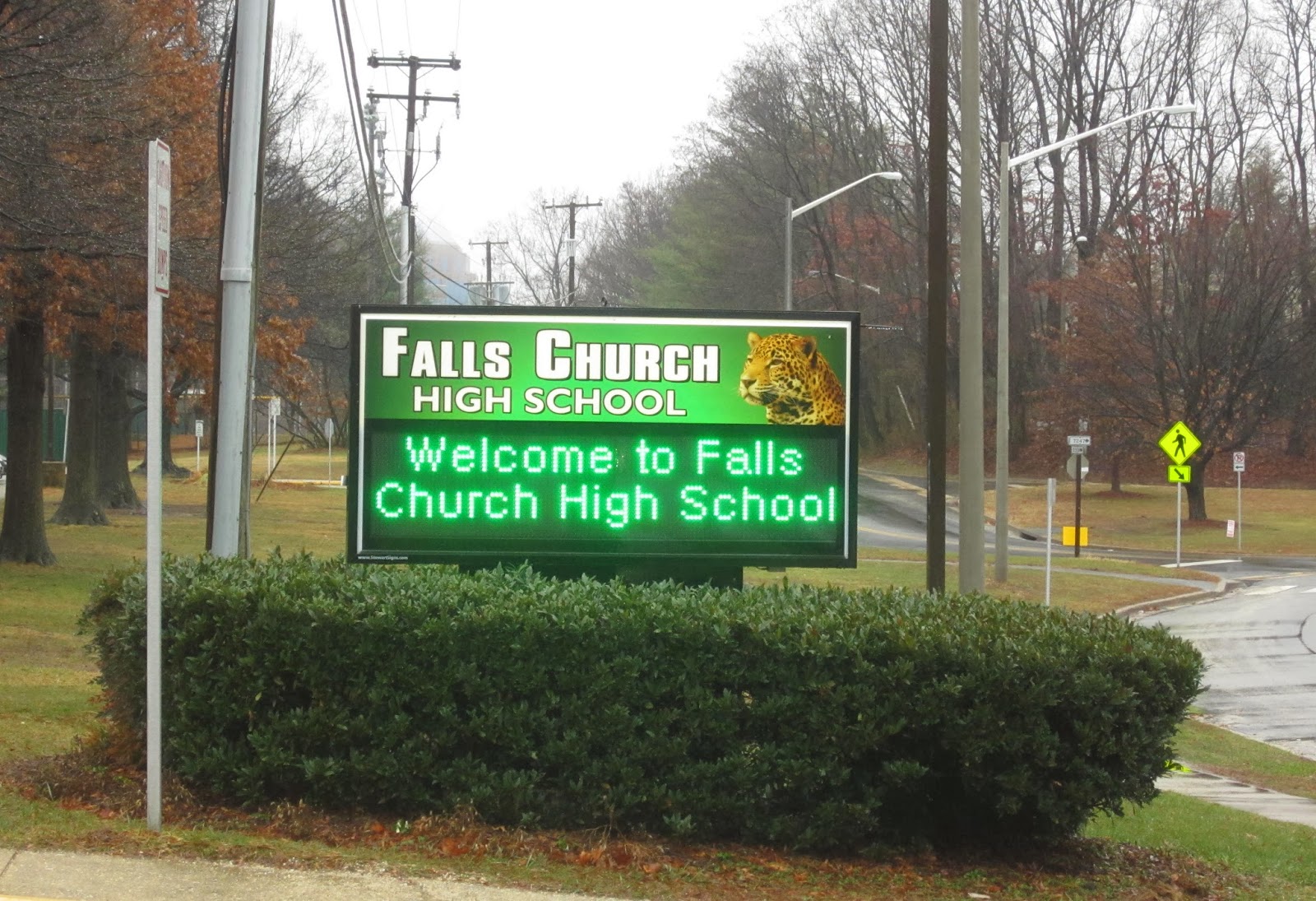 The Fairfax County School Board approved a five-year capital improvement plan (CIP) Jan. 23 that recognizes the need to renovate Falls Church High School along with the other “legacy high schools” built in the 1960s.

The board approved an amendment proposed by Sandy Evans (Mason) calling for the FCPS staff to “identify methods by which renovations could be completed sooner at the legacy high schools (Langley, West Springfield, Herndon, Oakton, and Falls Church) and to present those options to the school board no later than July 2014 along with an assessment of how updating high school facilities impacts instruction.”

The amendment passed, with only Kathy Smith (Sully) voting against it and Pat Hynes (Hunter Mill) abstaining. Evans proposed that amendment as a substitute for language in a resolution she had initially planned to offer shifting funds to FCHS, which likely would not have passed.

Falls Church High School is in dire need of renovation—it has outdated science labs and unsafe facilities for its large population of students with disabilities, for example—and the FCHS community has long complained that the school has been unfairly placed too far down on the list of projects in the FCPS “renovation queue.”

“It’s a matter of educational quality and educational equity,” Evans said in support of her resolution. The failure to renovate the legacy schools puts those students “at a significant disadvantage,” she said, and that’s particularly true of Falls Church, which has the second highest percentage of students eligible for free and reduced-price lunches.

“All schools should be able to provide the same level of quality of education,” said Patty Reed (Providence) in support of Evans’ amendment. “People shouldn’t be penalized because of where they live.”

When asked about the “options” that the FCPS staff might put forth, Chief Operating Officer Jeffrey Platenburg suggested that could include re-examining the whole renovation queue system.

Megan McLaughlin (Braddock) said it’s more important to address aging high schools than aging elementary or middle schools because older students are preparing to compete in college or the workforce. Elizabeth Schultz (Springfield) agreed, noting a third-grade reading class in a 1960s-era building is not as detrimental as a high school chemistry class in a 1960s building.

All the board members appeared to agree that there isn’t enough money to take care of all of the system’s facilities needs, but there was some disagreement over the board’s role. Hynes suggested the board shouldn’t be politicizing renovation priorities, which are currently determined by independent consultants. Ryan McElveen (at large) countered that the board has a responsibility to review the consultant’s work, and when the community raises complaints, “it’s the board’s role to step in and do something.”

The board also passed an amendment by Reed calling for the school board to schedule a work session by April 30 to consider a range of policy issues related to the CIP.

Reed said some of these issues include what should be done about old FCPS buildings no longer used as schools, such as the old Graham Road building; what is the correct balance in how funds should be spend on renovation, capacity enhancement, and maintenance; and the impact of special programs, such as Advanced Placement, on facility needs.

Schultz suggested additional areas for discussion, including whether there should be a limit on school size and whether the renovation queue is still useful. “Maybe it’s necessary to fundamentally change the conversation,” she said.
Posted by Annandale Blog at 9:30 AM