About 600 third, fourth, and fifth-graders streamed into the brand-new Bailey’s Upper Elementary School Sept. 2 on the first day of the 2014-15 school year. Housed in a former office building on Leesburg Pike in Seven Corners, Bailey’s Upper is the first vertical, urban-design public school in Fairfax County.

Principal Marie Lemmon and Jeffrey Platenberg, assistant superintendent of Fairfax County Public Schools for facilities and transportation services, welcomed students as they stepped down from their buses. FCPS Superintendent Karen Garza and school board member Sandy Evans also stopped by.

“For the first day, things went really well,” Lemmon said. “They came in orderly; many students already knew where to go. They’d seen their classrooms last week during the school’s open house.”

As she walked around the building, Lemmon saw “kids in class playing introductory games, learning each others’ names, and talking about routines in the classroom.” 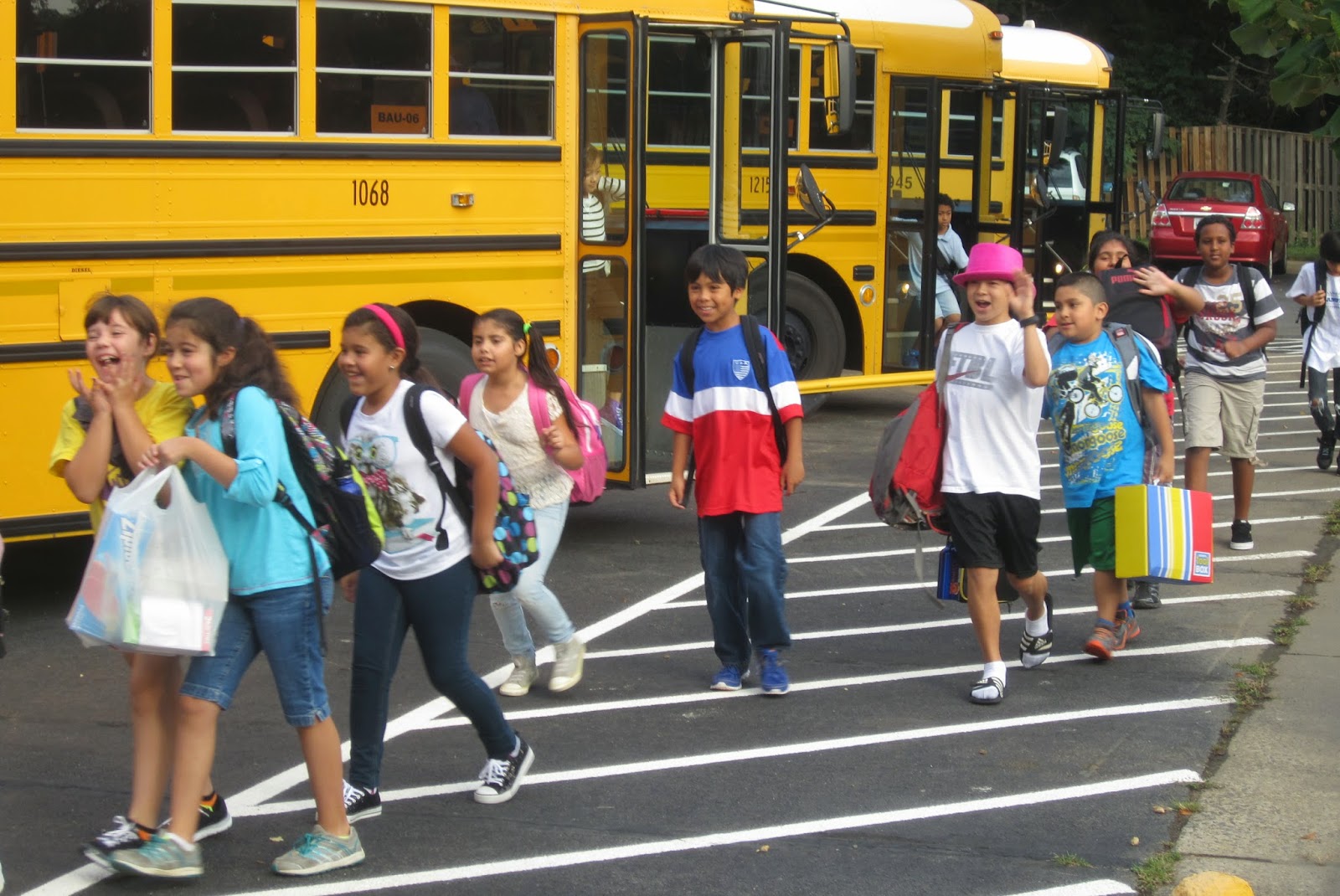 There was a report that large numbers of students from the Culmore area didn’t know which bus to get on and went home. According to Lemmon, “about four or five children who had never ridden the bus before were confused about where to get on the bus and their parents drove them to school.”

The old Bailey’s Elementary School, which had been severely overcrowded, will be much roomier now that it’s limited to prekindergarten through grade 2. Lemmon plans to split her time among the new and old campuses, which are 1.6 miles apart, as needed. “As a principal you never know what’s going to happen,” she says. “Kids rule the day.”

Posted by Annandale Blog at 2:23 PM