The Pinecrest community features a mix of housing types in a bucolic setting adjacent to the nine-hole Pinecrest Golf Course in the Alexandria section of Mason District.

“We are the other nine holes,” says Pinecrest Homeowner Association President Rod Speer, referring to the fact that the community was built in 1983-85 on land that had been part of a privately owned 18-hole golf course. That course is now owned and operated by the Fairfax County Park Authority. 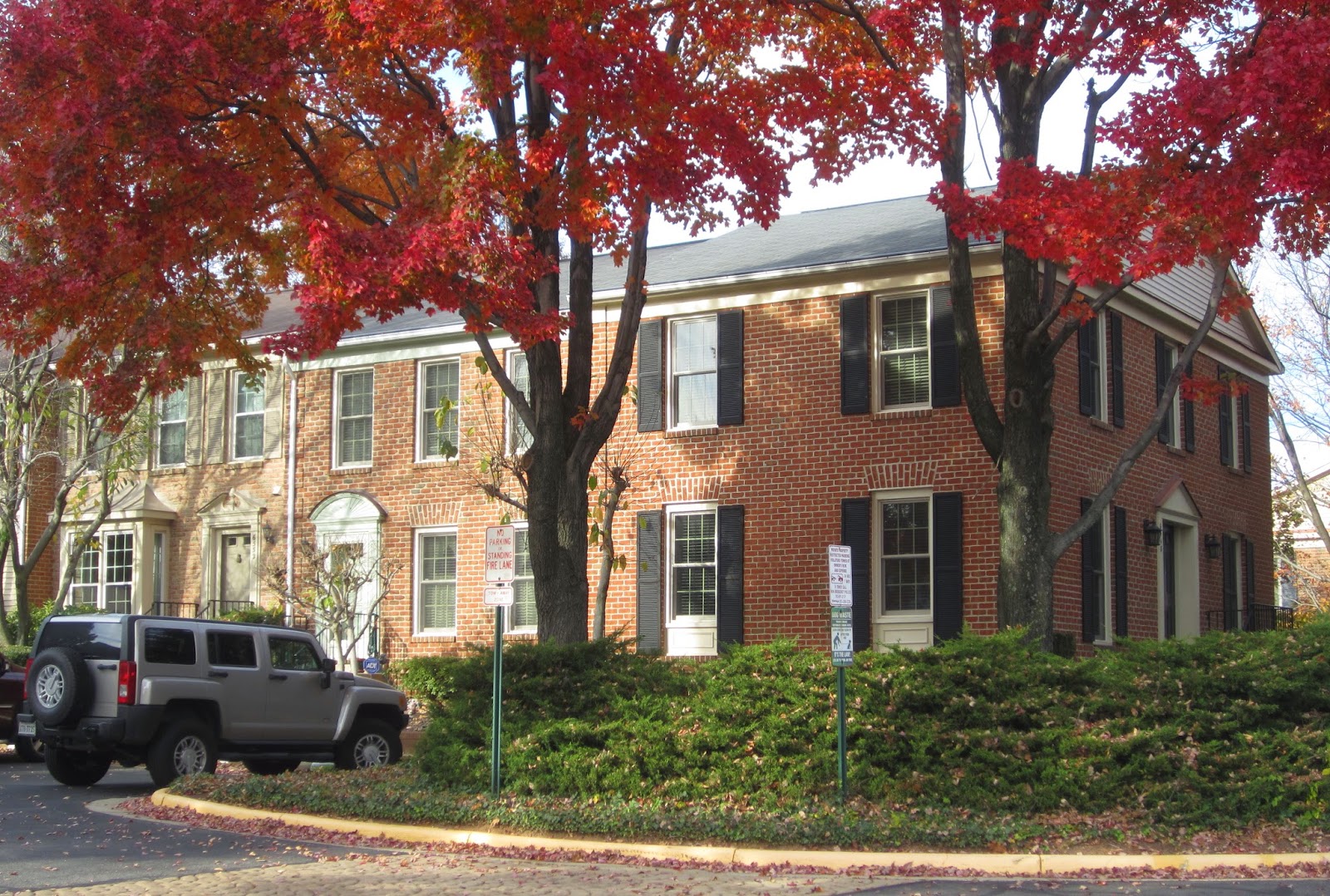 The Pinecrest community includes 74 single-family detached houses, 539 townhouses, and 210 condos. The condos are considered part of The Pinecrest, even though they have their own HOA board and a different management company, says Speer.

The community has two tennis courts, a couple of ponds, gazebos, and walking trails. There’s a swimming pool, but it’s just for condo residents. The Pinecrest is within walking distance of the Forest Hollow Recreation Center on Old Columbia Pike, Green Spring Gardens and the Pinecrest Plaza shopping center. Fairfax County is currently constructing a sidewalk along Elmdale Road, which will improve pedestrian safety. 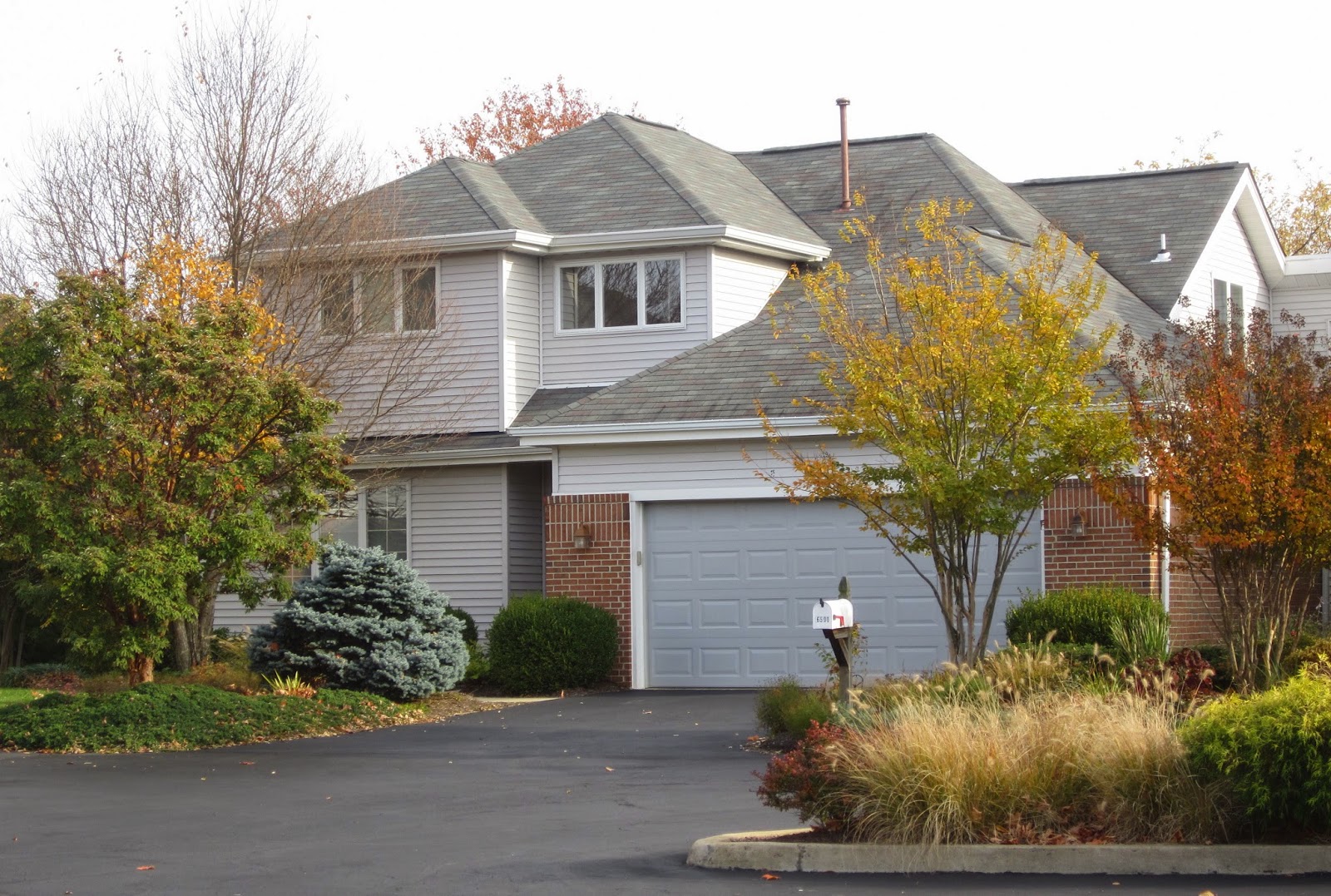 Proximity to the golf course has its advantages, including plenty of open space and convenience for residents who like to golf, but it also has a downside. The siding on Speer’s single-family house, where he’s lived since 1996, has many indentations  from stray golf balls. He’s also had to replace a skylight twice and a bay window panel.

The community has a good working relationship with the golf course manager, he notes, and as the trees have matured, golf balls aren’t as much of a problem as they used to be. 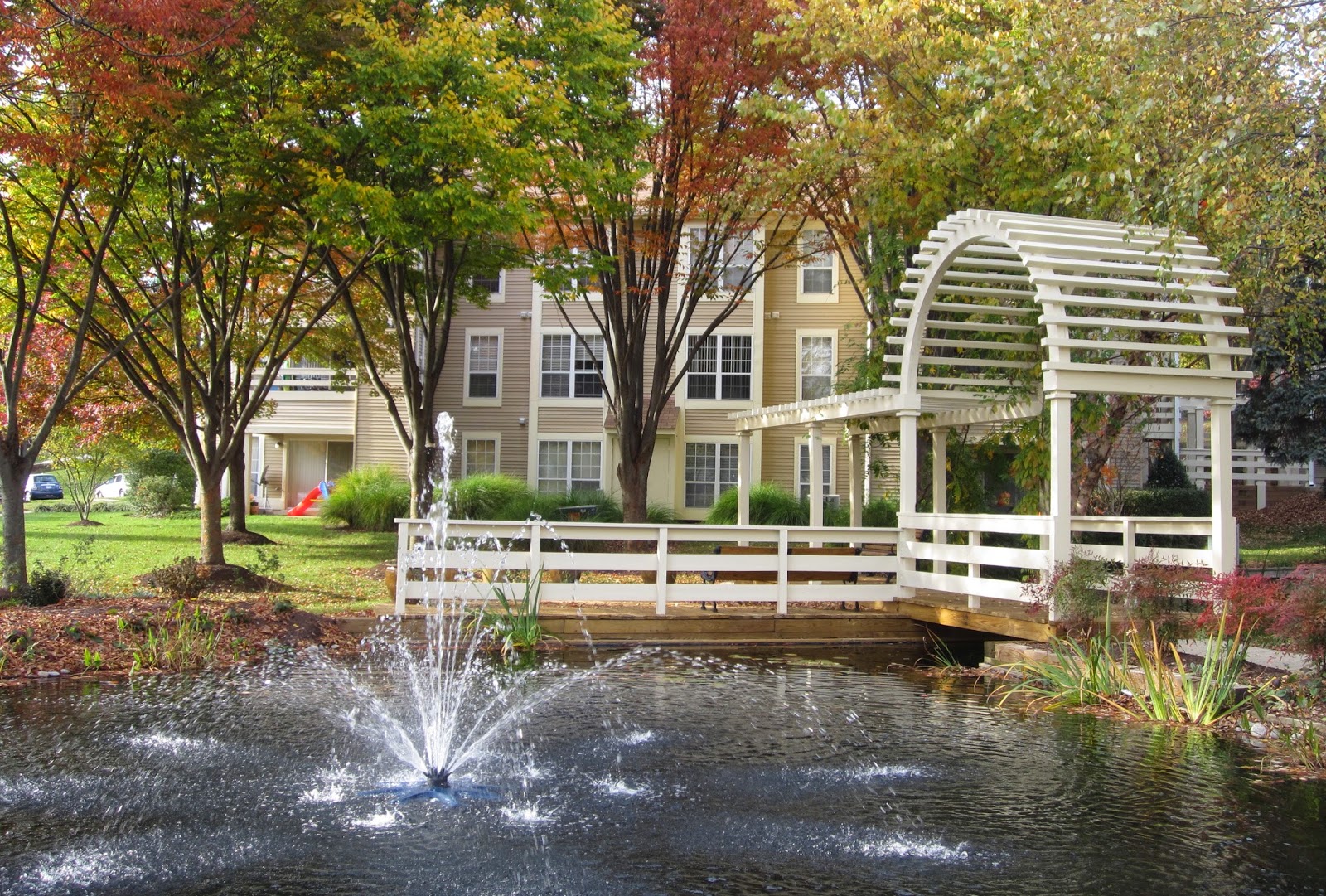 The overpopulation of geese in the The Pinecrest’s ponds used to be problem. At one time, Speer counted more than 200 at the larger pond, and the goose poop all over the area discouraged people from walking there. The community installed a nearly invisible fishing-wire fence around the pond, which makes it difficult for the geese to walk out of the pond onto the shore. Now, there only about a couple dozen geese.

Pinecrest residents are subject to the HOA’s 40+ page rulebook, which spells out what they can and can’t do to their exterior property, covering appropriate exterior paint colors, fences, landscaping, flags, doghouses, decorative objects, and much more. 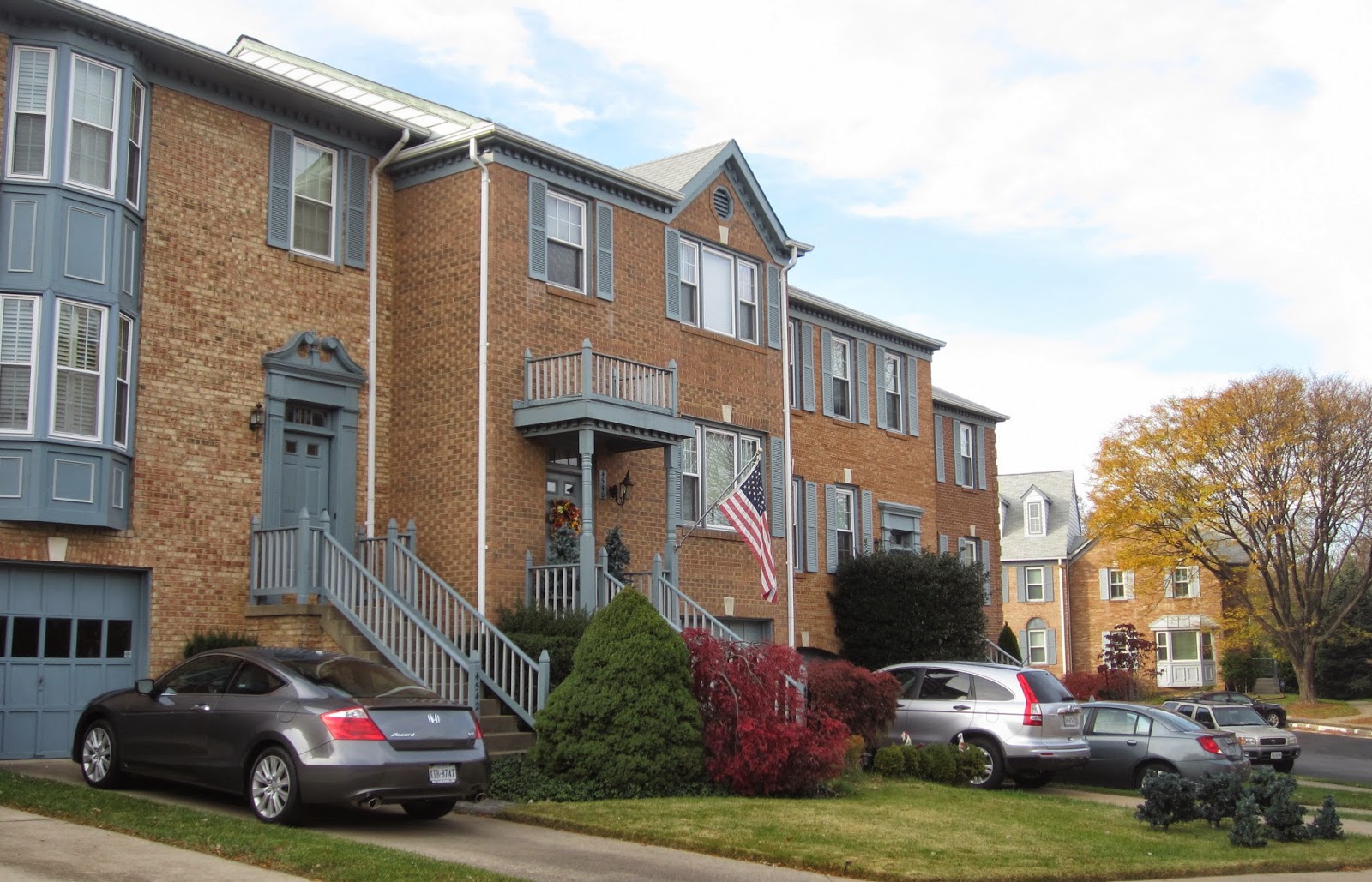 Residents are charged a $240 quarterly HOA fee, which covers such things as landscaping in the common areas, trash removal, paving, and snowplowing. The Pinecrest condos share landscaping and paving contracts with the rest of the community.

The Pinecrest was built over a three-year period starting in 1983 by four separate developers: Carr, Halle, Pulte, and Chrisland, so there is some variation in the home designs. For example, some of the townhouses have wood railings along their front steps and others have metal railings, so the HOA rules call for maintaining exterior elements as they were originally intended.

“We try to get people to do what’s best for the community and real estate values. Sometimes it can be a struggle,” Speer said. Violators are sent a letter from the HOA board, and if they fail to fix the problem, they are fined, although most times people comply voluntarily.

Aside from ensuring a stable community, the HOA board plans a series of community activities, including a Halloween party for children, a Christmas decorating contest, and the main event, the National Night Out gathering in August. 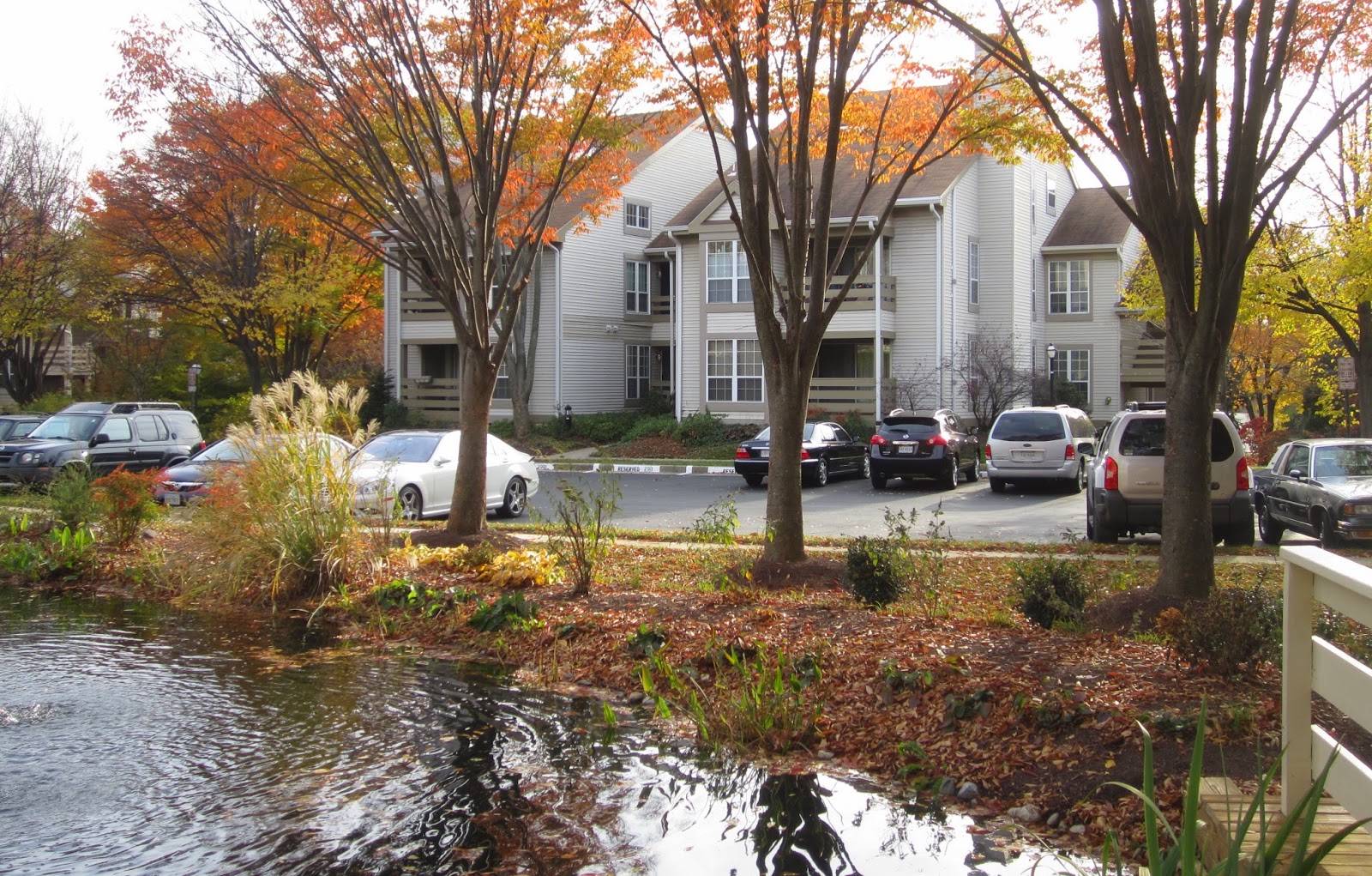 The Pinecrest is a very quiet community – due in part to the fact that there are only two points of access, both on Little River Turnpike – yet traffic on surrounding streets is one of residents’ major concerns.

A new traffic light on Pinecrest Vista Drive was recently installed to prepare for more traffic generated by the new Callaway development under construction on the former site of the Campbell and Ferrara plant nursery.

Residents recently approved a measure to expand an existing community parking district (CPD) on Pinecrest Vista Drive to include the whole community. The measure, which would ban boats, recreational vehicles, and single-axis trailers, goes to the Board of Supervisors Nov. 18. 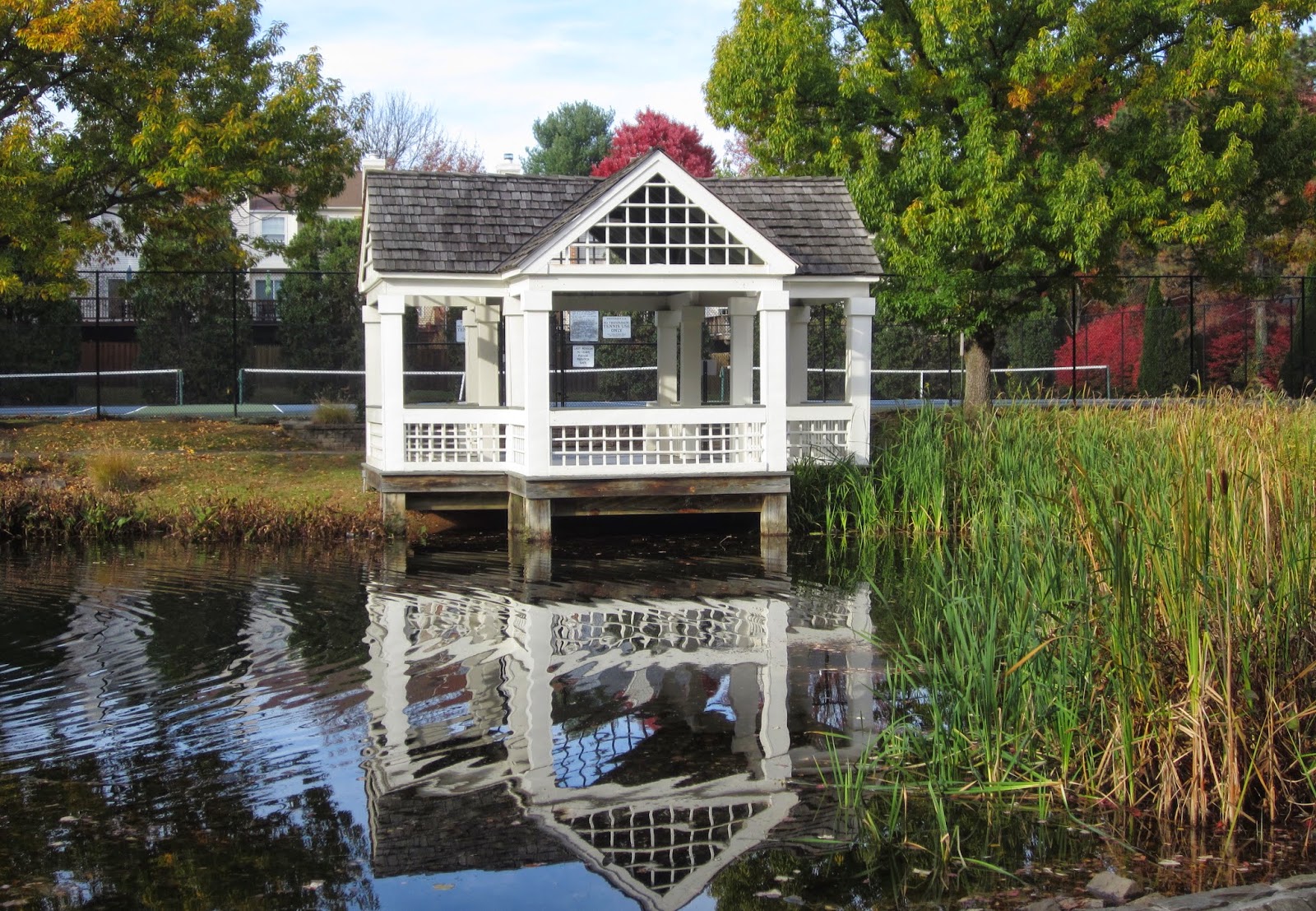 Their old farmhouse in the middle of The Pinecrest, originally known as Elmdale and later renamed The Homeplace, was torn down a couple of years ago to make way for three new large houses.
Posted by Annandale Blog at 12:43 PM