Bowling alley will be renovated 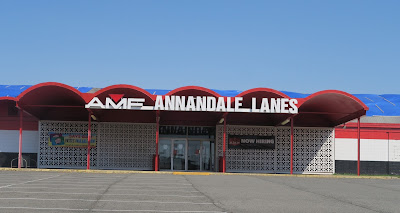 The Annandale bowling alley on Markham Street is going to be renovated and expanded. The manager of AMF Annandale Lanes, Jabbar Burke, says he just learned of the plan last week from a representative of the parent company, Bowlero Corp., but wasn’t given any details.

He says Bowlero is going to send a concept team to the bowling alley to explain what the company intends to do.
A previous plan for a mixed-use project with a 12-story apartment building and ground-floor retail on the bowling alley property fell through, as the financing didn’t work out. The Fairfax County Board of Supervisors approved a rezoning application for that project in 2014.

Bowlmor and AMF Bowling Worldwide completed a merger in 2013 – after AMF filed for Chapter 11 – to create a new company known as Bowlmor AMF.

According to the press release that announced the company’s new name, Bowlero says it plans “to launch more than a dozen Bowlero-branded centers this year as it renovates and converts its traditional centers and opens new locations throughout the country.”