This weekend, the Truro community, consisting of the 377 mid-century modern homes and 36 acres of parkland on the western edge of Annandale will celebrate its 50th anniversary.

The festivities include a party Friday evening; a stream restoration tour, picnic lunch, and gala anniversary dinner on Saturday; and a house tour and reception on Sunday.
When Fairfax County approved homebuilders Miller & Smith’s plan for the community, it endorsed an innovative approach in which houses of varied design would be positioned to preserve the natural terrain and as many of the oak, tulip poplar, and other trees as possible, says Truro resident Jan Curtis.

The community features a swimming pool with an enclosed clubhouse available for meetings and parties, four tennis courts, a basketball court, and more than one and a-half miles of trails, enabling residents to enjoy wildlife and children to walk to Wakefield Forest Elementary School.

“The mid-century modern architecture was adventuresome for Virginia in 1968, but floor-to-ceiling windows and natural wood exteriors provided unity with the natural setting that had been so conscientiously preserved,” states a news release about the 50th anniversary. “Truro was recognized regionally for its representation of this architectural standard, and the ‘pod’ houses by renowned architect Hugh Newell Jacobsen remain a benchmark in architectural design.”

There are no mcMansions here. The Truro Homes Association has managed to preserve the look and feel of the original homes through an architectural control committee that enforces design guidelines. 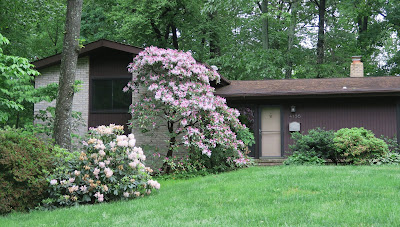 “The real test of Truro’s design, however, is in how it has fostered active community involvement over the years with hundreds of volunteers,” says Truro Homeowners Association President Dave Watts. “We love where we live and want to make it work.”

It must be a great place to live: 26 homes are still occupied by original owners. 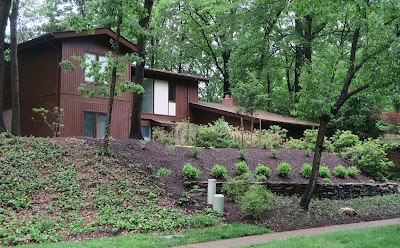 Here are some tidbits from a 20-page booklet produced by the community for the 50th anniversary: