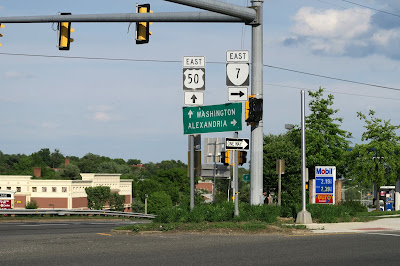 Updated Dec. 5: The Fairfax County Board of Supervisors on Dec. 3 approved a Transportation Priorities Plan (TPP) for FY 2020-25 that lists dozens of projects with a total cost of $3.04 billion over the next five years.

Funding for those projects would come from a combination of state, local, regional, private, and federal sources, including general obligation bonds not yet approved by the board and voters.


The TPP includes the following projects in the Annandale/Mason District area:
The anticipated funding for a draft FY 2018-2023 TPP was $600 million in new revenues to fully fund existing projects and $170 million in new projects. These funding estimates were not realized, because in 2018, the Virginia General Assembly passed legislation that designated $154 million per year for the Washington Metropolitan Transit Authority, largely by shifting funds from local and regional sources.

That resulted in a decline of $45-50 million per year for Fairfax County, or approximately $300 million over six years. As a result, there is no available revenue for new transportation projects.

“We have taken a serious look at what our transportation needs are throughout the county and many exciting and important projects are in progress. However, some very important priorities have been deferred, because we did not receive the funding we expected from the Commonwealth last year,” said Fairfax County Board of Supervisors Chairman-elect and Legislative Committee Chairman Jeff C. McKay.

“The community helped us establish these transportation priorities. We are looking at all sources of available funding to advance the projects that we can,” McKay said.

If additional money is allocated to local jurisdictions by the General Assembly in 2020, Fairfax County is ready to advance the schedules of these projects.”

In a related matter, the Board of Supervisors passed a resolution calling for the county to apply for federal funding for six projects, including $9 million for the design of the first phase of the Seven Corners Ring Road.

The project will also include new signalized crosswalks at the newly renovated Wilson Boulevard replacement bridge. The entire project includes bicycle and pedestrian accommodations. Of the six projects submitted, the Seven Corners interchange is listed as the fifth priority.

Funding would from the Regional Surface Transportation Program and Congestion Mitigation and Air Quality Program. The application would be submitted through the Northern Virginia Transportation Authority.