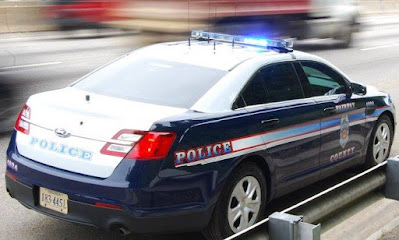 A man was taken to the hospital after being stabbed by an acquaintance to whom he refused to give money to. That happened at about 7 p.m., Oct. 11, on the 3000 block of Patrick Henry Drive in Seven Corners.

Dewey Galloway, 58, of Falls Church, was charged with malicious wounding. The victim’s injuries are not life threatening.

The Audrey Moore RECenter was burglarized and vandalized in the early hours of Oct. 14. A worker arriving at the facility discovered someone had damaged a glass window, entered the building, and destroyed property.

There was an attempted carjacking shortly before 2:30 a.m., Oct. 9, on the 3800 block of S. George Mason Drive in the Skyline area of Bailey’s Crossroads. A man approached an officer on foot patrol and reported two men had just tried to steal his 2008 Nissan sedan at gunpoint.

The officer found the car and the men nearby. Christopher Jones, 32, and Walter Peacock, 26, both of Washington, D.C., were charged with attempted carjacking and use of a firearm to commit a felony.

There was also a carjacking on the 4600 block of Carmelo Drive, in Annandale shortly before 3 a.m. on Oct. 11. A woman was in a car waiting for a friend when she was approached by two men who pulled her from the car, assaulted her, and drove away. No injuries were reported.

A juvenile was robbed on Herkimer Street at Americana Drive in Annandale shortly after 4:30 p.m. on Oct. 12.  Several men approached, assaulted him, took personal property, and left. No injuries were reported.

The Exxon Station at 6661 Arlington Boulevard at the Annandale Road intersection was robbed at 10:45 a.m. on Oct. 10. A man approached the clerk, displayed a handgun, demanded cash from the register, and left with the money. No injuries were reported.

Posted by Annandale Blog at 2:30 PM