Explore a park: Toll House Park is the focal point of Annandale

This article is part of our series on parks in the Annandale/Mason District area. The last piece in this series explored Bren Mar Park.
Toll House Park is a tiny “pocket park” at the intersection of Little River Turnpike and Annandale Road. Some county documents spell “Tollhouse” as one word, while others identify the park as “Toll House.” 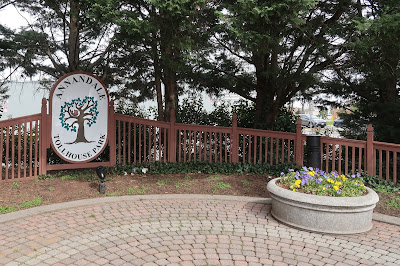 History: Toll House Park was an initiative of the Annandale Central Business District Planning Committee. According to the Annandale Chamber of Commerce, it was dedicated on Oct. 27, 1990. 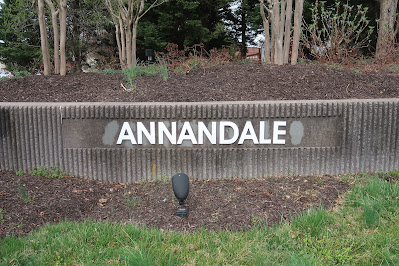 The vision for Annandale in the 2017 edition of the Comprehensive Plan says, “Tollhouse Park provides a gateway feature and small plaza at a prominent intersection in the CBC [Commercial Business Center].” It recommends a system of parks of varying sizes and open spaces within the CBC connected through “enhanced pedestrian corridors.”

The park is named for the historic toll house, a wooden structure that once stood nearby where travelers on Little River Turnpike paid a toll. 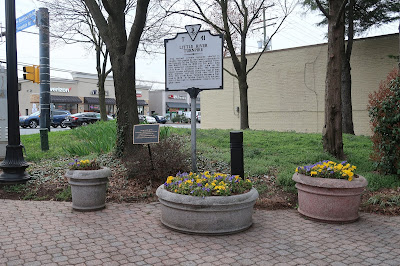 According to “A Look Back at Braddock,” Little River Turnpike was one of the first toll roads in the nation, enabling the transport of goods from western Virginia to the port on the Potomac River in Alexandria.

Toll gates were established at five-mile intervals between Alexandria and the Little River ford in Loudoun County. The Annandale toll house was constructed in 1802.

“A Look Back at Braddock” website says the toll house was a voting location where Fairfax County citizens cast ballots to secede from the union. Virginia’s ordinance of secession was ratified in 1861. However, a historic marker across the street from Toll House Park on Annandale Road says the Toll House was torn down in 1854. 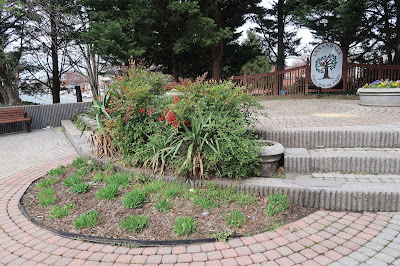 That marker also says: “The earliest private turnpike charter in Virginia was granted by the General Assembly to the company of the Fairfax and Loudoun Turnpike Road in 1796. By 1806 the 34-mile-long road connected Alexandria with Aldie on the Little River in Loudoun County.” Little River Turnpike became a free road in 1896. The historic marker was installed in 1992.

There’s also a historic marker at the CVS on the other side of Little River Turnpike installed in 1970. It says Little River Turnpike is one of the first U.S. toll roads and was surveyed by George Washington. It also says Annandale was an Indian trading post in 1685 and the road was formerly named Buffalo Trace West and Indian Portage and Plank Road.