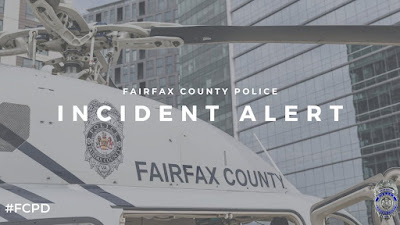 A shooting Friday evening in the 7700 block of Suraci Court in the Wedgewood Apartments disrupted a football game at Annandale High School.

The Fairfax County Police Department reported the shooting on Twitter at about 10:30 p.m. on Oct. 22, noting one man was taken to the hospital with life-threatening injuries. The FCPD later downgraded the injuries to non-life-threatening.

The suspect ran from the scene and is still at large. He was described as Black, with a white shirt and checked shorts.

In an email to the community, Annandale High School Principal Shawn DeRose wrote, “During the 4th quarter of our varsity football game tonight vs. Falls Church, we were notified of an active shooter near the Annandale campus.”

“Out of an abundance of caution, we paused the game with 5:21 left in the 4th quarter,” DeRose said. “Fans were instructed to proceed directly to their vehicle. Those without transportation were directed to the main gym until a ride was secured. Working with the Fairfax County Police Department, we received an all-clear at approximately 10 p.m., at which point all remaining students were released.”

The game has been tentatively scheduled to resume Saturday, Oct. 23, at 12 p.m.

In other crime news, there was a robbery incident at the Safeway at 7414 Little River Turnpike in Annandale on Oct. 17. A man approached the counter at about 7 p.m. and demanded merchandise but left without taking anything.